Pokies is the most frequently used slang term for slots within New Zealand. Our casino experts explain the pokies meaning for New Zealanders.

What Are Pokies & Possible Origins 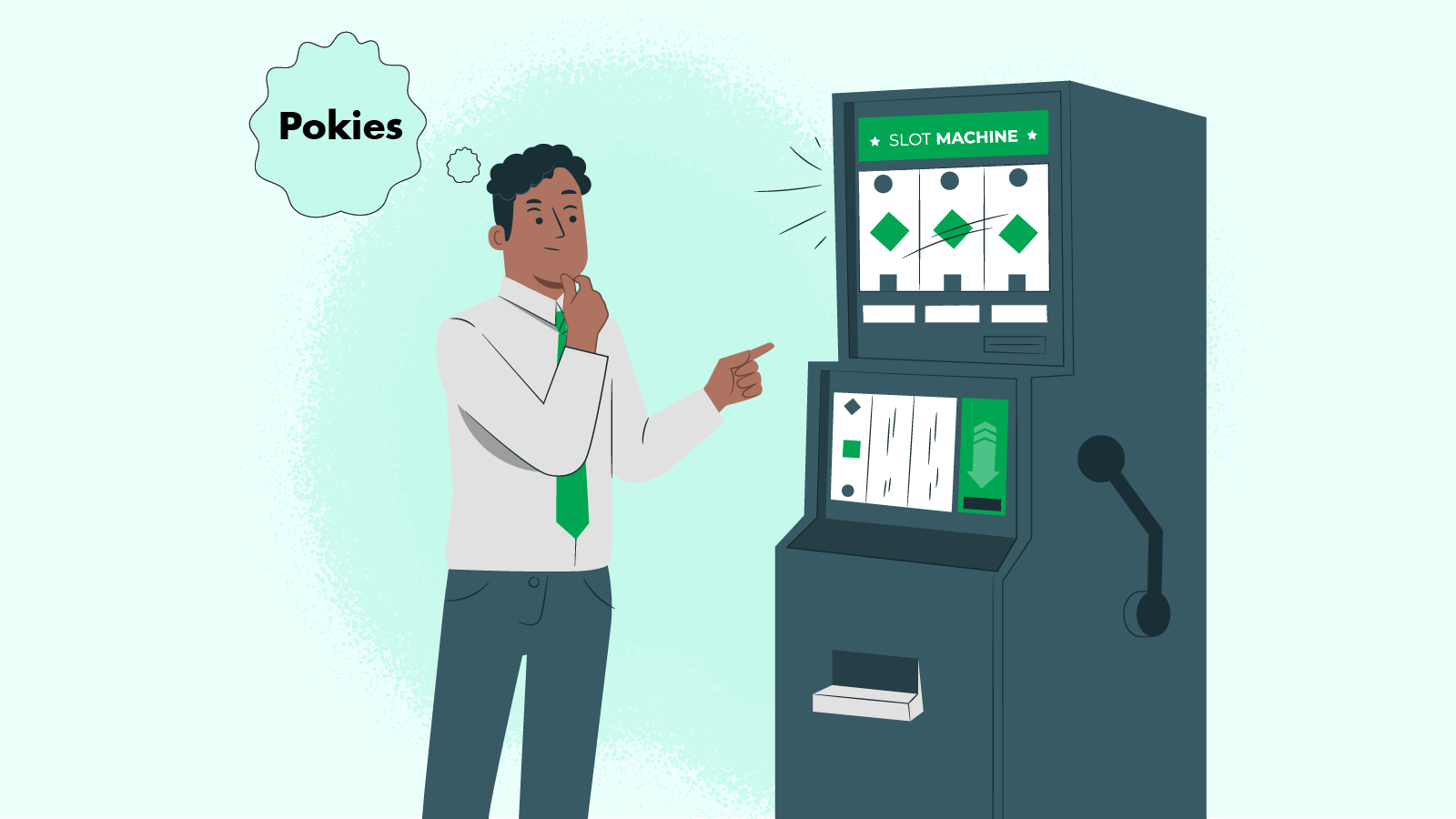 ‘Pokie’ is the slang used by New Zealanders to refer to a slot machine, both in online pokies real money sites and land-based casino enterprises.

Foreigners may scratch their heads trying to figure out what are pokies exactly. However, within New Zealand and neighbouring Australia, the pokies meaning is common knowledge.

While the current definition of the term is crystal clear, the origin of its emergence tends to get lost in the mists of time. We know at least that pokie, too, resulted from the preference presented by Kiwis and Aussies to abbreviate and shorten common use words.

It is widely believed that pokie was coined in New South Wales in the 1970s.

These examples showcase a clear relation to their parent term. However, the pokie game term seems to share no ties to the pokies meaning, i.e., slot or fruit machines. This face may arise from surprising and imaginative euphemisms for the terms or early confusions between game types. Linguistic theories about its possible origins can be reduced to a series of origins.

This theory may seem the most likely. It goes back to the late twentieth century, around the early adoption of electronic gambling machines within casinos and bars.

One of the first additions to the roaster of activities was video poker. By today’s standards, video poker machines would have strongly resembled current online slots. Hence, we have the first possible origin.

Early New Zealand gamblers supposedly did not differentiate strongly between slots and video poker machines, opting to use the umbrella term of pokie machines.

While unlikely, the word’s derivation from the slang word pokey is certainly much more imaginative. As such, we will entertain it.

Pokey is derived from the verb 'to poke' and denotes an object or element that produces pain or discomfort. You won’t hear a New Zealander using it nowadays, but pokey was the appellative for snares of traps back in the day.

At the level of imagery, we can see the similarities. Pokie machines, too, have a quick and rattling movement. However, the double entendre of a contraption meant to capture may not be the most optimistic. Nonetheless, it comes close to a more cynical gambler’s sensibility.

A more likely hypothesis states that pokey and poky are only spelling variations, sharing the pokies meaning. 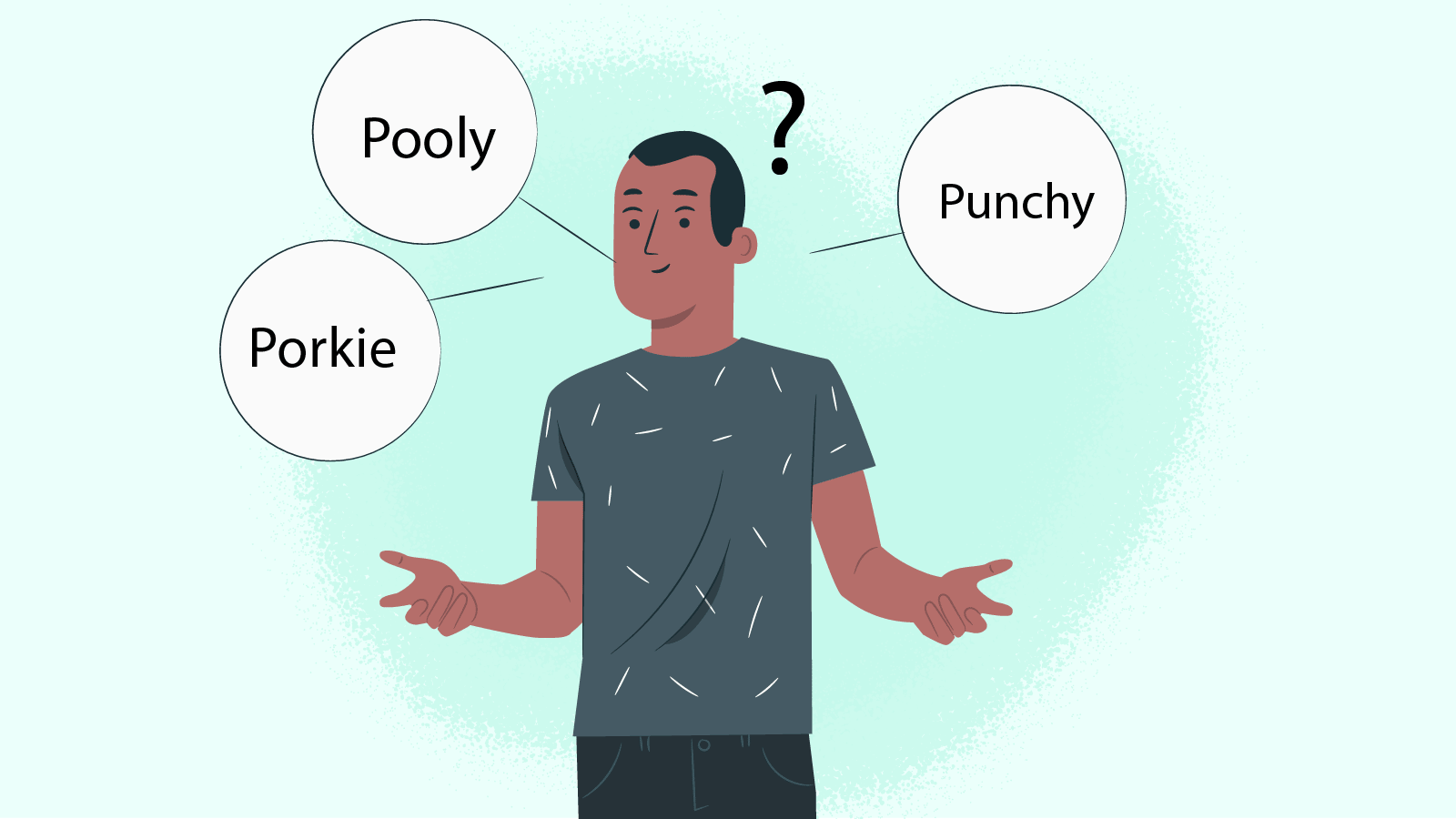 When asking about the term’s linguistic origins, you may get some outliers, such as pooly, porkie, or punchy.

Neither option comes close to plausibility. Still, these terms share a poetic affinity with the game, if not necessarily with the actual etymology of its New Zealander name.

Pooly is the closes term to the gambling world. It originally was 90s slang for the pool tables where various card and table games would commence. Its ties to the pokies meaning is uncertain and may be justified only by the proximity of the activities.

While porkie hardly ever denoted pokie machine, the word was Cockney slang for lies. It referred to pork pies, another euphemism for telling falsities.

Funnily enough, the word is rhyming slang, meaning that it relates to lies based on the fact that they rhyme. Some New Zealanders may certainly consider that playing pokies is pork pies.

Punchy again hinges on the visual functioning of pokie machines, originating from the word punch. However, given the hot-headedness that comes with real money gambling, we can guess a secondary meaning for a punchy.

There is no clear consensus for the origin of the word. However, as for what are pokies, no self-respecting New Zealander or Aussie will err or stutter.

A pokie is a slot common on online casinos in New Zealand.

The importance of the word variation arises from its wide utilisation in the New Zealand gambling market. When browsing the top casino with pokie sites that provide slots games for users, you will find them under this denomination.

As for the functioning of these games, there is no difference from the more widely searched for slots. The specific use of the word mostly relates to geotargeted branding specific to the online casino industry. 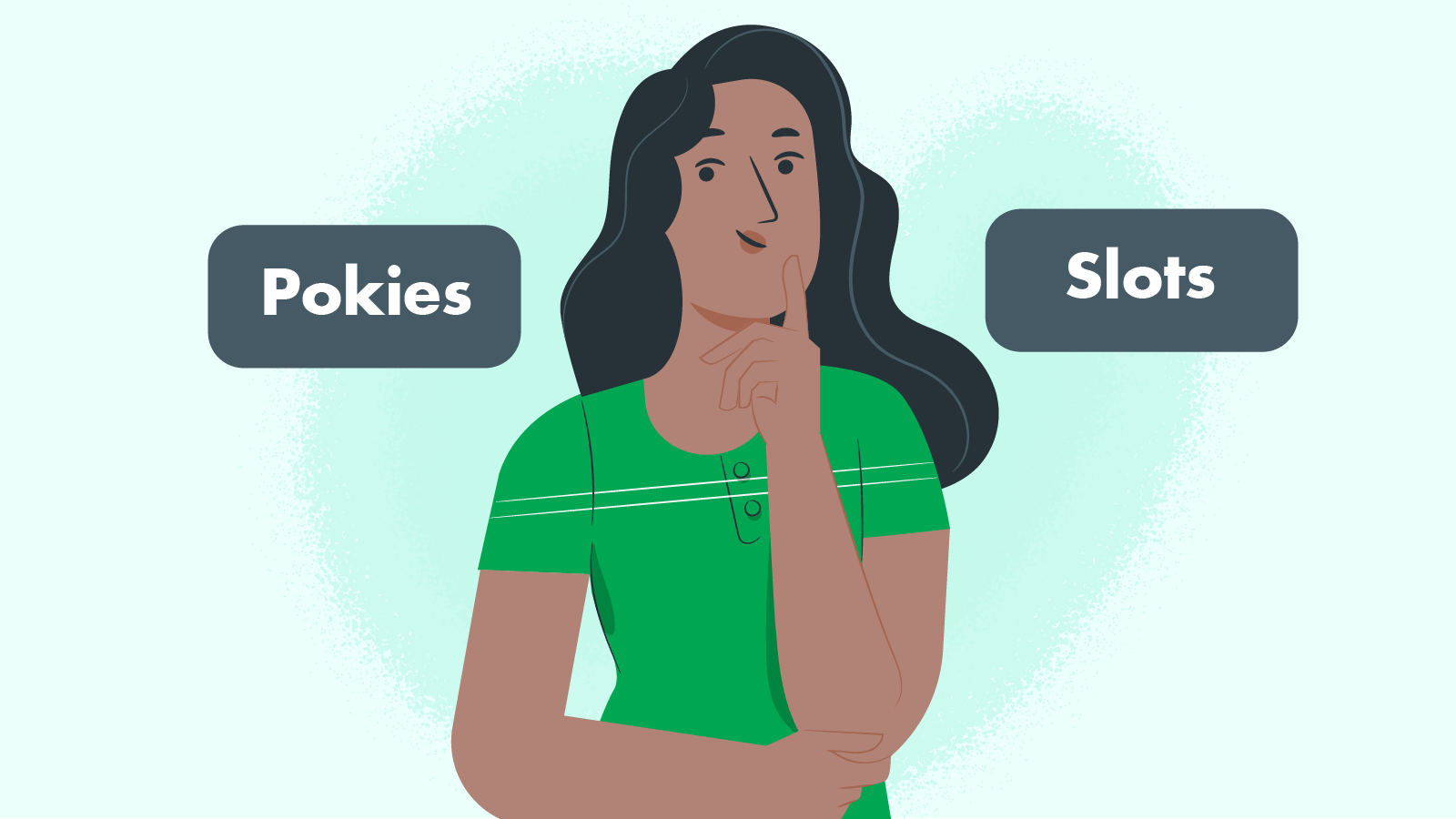 There is no functional difference between the two. Still, no deposit free spins bonus options will generally denote the eligible online games as online pokies. This choice of terms is motivated by the wish to communicate that the casino bonuses are suited and available to New Zealanders and Aussies.

Our databases, too, make this distinction. Gamblers residing in these countries may find it jarring to read about video slots. Especially when having spent their entire gambling activity using pokie machines.

For those unaccustomed to New Zealand’s wide range of slang terms, one thing should be clear. We, as well as Kiwis, use pokies meaning to say casino slots.

Using area-appropriate appellatives is not as rare as you may think. In truth, all populations with a nick for gambling or a history with the activity will have their jargon set in place.

Take the self-evident fruit machines or fruities, two British favourite names, or the ever so poetic, although old-fashioned one-armed bandit.

However, the closes rellie for the pokies meaning and naming comes oddly enough from the old and cold Highlands.

Scots will call slots ‘puggy’ which, at least at the level of phonetics, sounds strangely like the Kiwi ‘pokie’. Its spelling variation of puggie only comes as further proof for a Scottish-New Zealander connection in naming slots.

While Englishmen used the word for small animals, such as foxes, ferrets, or squirrels, Scots were more specific.

Puggy used to be an alternative name for a monkey in the Scottish dialect.

Perhaps via metaphor, puggy became a term for slots in the Highlands. While the pokies meaning is the same, the chances that the term derived from the auld Scottish ane are slim.

A History of Pokies in New Zealand 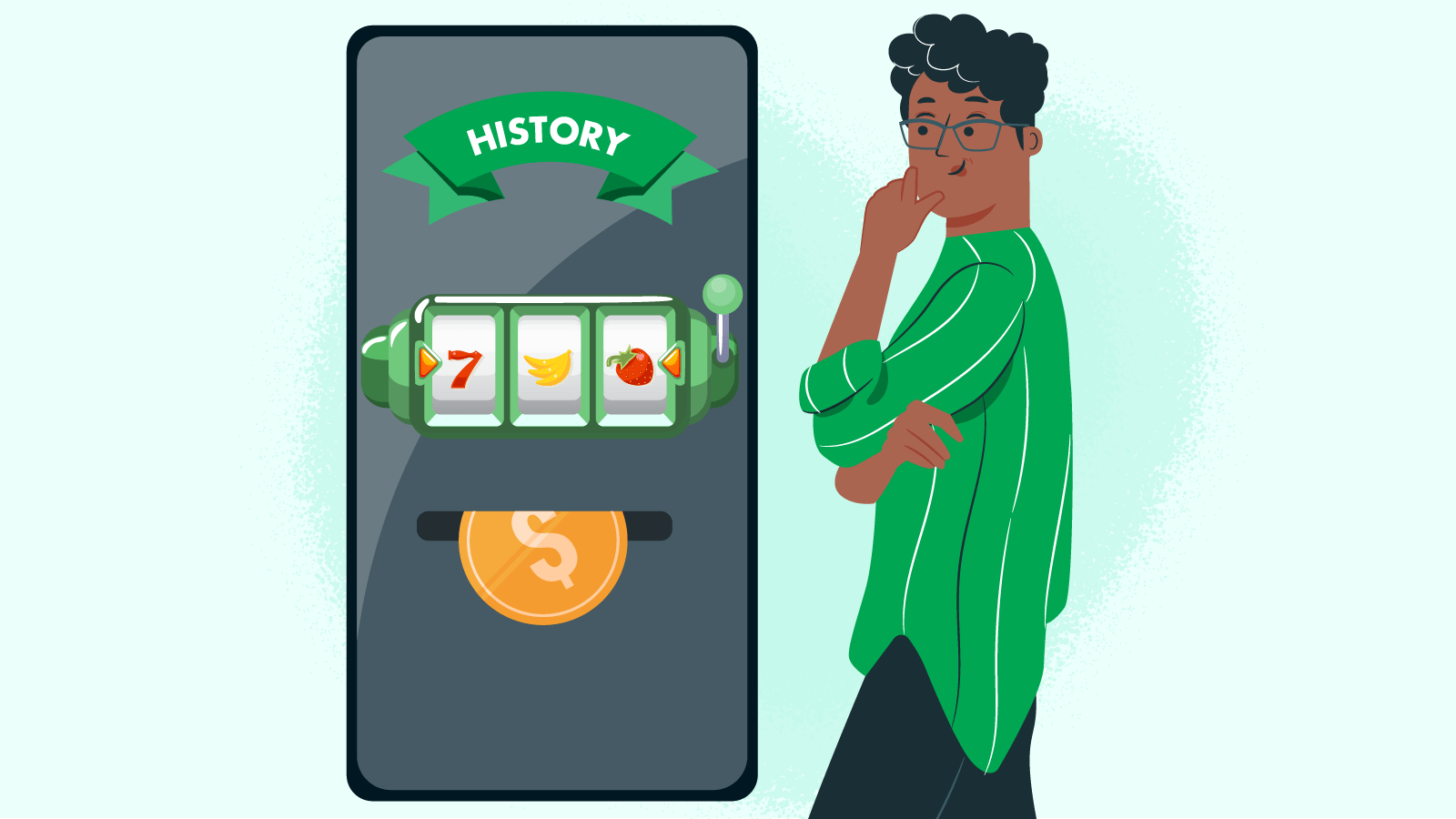 Gambling landed on the New Zealander islands during the 1980s, while pokie machines were introduced and legalised in 1988. These machines were only placed in licensed casinos, game clubs, hotels, or Returned Services Associations. It was in 1989, however, when the parliament allowed the opening of gambling clubs throughout the nation.

Gambling went down a winding road, with the greatest drawback for it striking in 2001. The New Zealand government closed a series of metropolitan casino enterprises out of gambling addiction concerns.

Another hit came with the Gambling Act of 2003 that prohibited the hosting and running of online gambling sites on New Zealander soil. Although the act is still in place, it does not mean that you cannot access gambling sites from New Zealand. The only condition is that they musty operate overseas.

Since the nation does not have its own unified online gaming authority, you should inspect independent reviews before accessing these online services.

Closing Statements About the Pokies Meaning

What is the verdict, in conclusion? What are pokies?

The term refers to slots, both on-land and online. While the pokies meaning is clear, the term origins are wrapped in the veil of time and confusion. Slang words originate from the lower underbelly of society. They thus are not recorded by any linguistic history.

However, the best guess for the term's source is the confusion between a slots and poker machine.

Most Likely Origin for the Pokie Term

Pokie machines are called such because slot and poker machines were introduced at the same time in New Zealand and Australia. Early gamblers would play both, and their informal name became interchangeable. 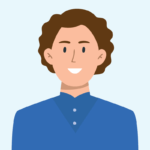 Francisc’s mathematical way of thinking is seen in how he explains gambling rules in an easy-to-understand way. He does more than do arithmetic or solve algebra problems. He can see right away online casino’s fairness, and he teaches users to do the same.